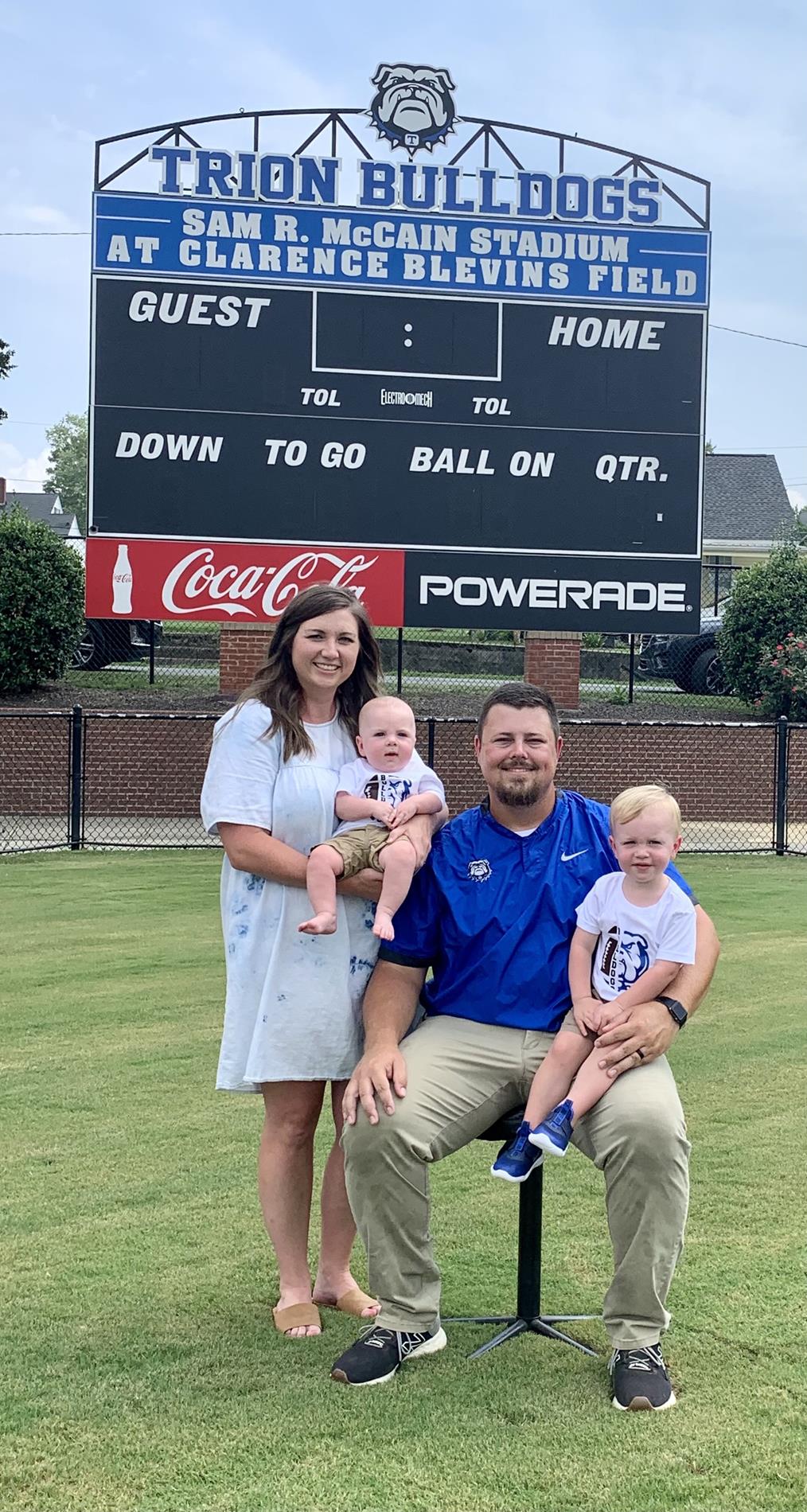 Hunter Davis was born here, lived here for three years, then moved to Taylor County. This is Coach Davis’ first year teaching and coaching here at THS. Davis graduated from Taylor County High School in 2012, where he played football and baseball. Later, he went on to start his coaching career at Georgia Northwestern. There he graduated with an art and history bachelor’s degree. Davis has been a football coach for seven years, a tennis coach for four years, and a baseball coach for three years. In all of these years of coaching, he has also been a teacher for five years. Before moving to Trion High this year, Coach has been at Northside Columbus for three years, Pepperell for one year, and for his first year of coaching, he was in the Taylor County area. This would be his sixth year of teaching. Mr. Davis is also married and has two children, both of which are boys. One is 2 years old and the other is 5 months old. We are so excited to welcome Coach Davis to our school and our bulldog football program. Good luck this year Coach Davis!